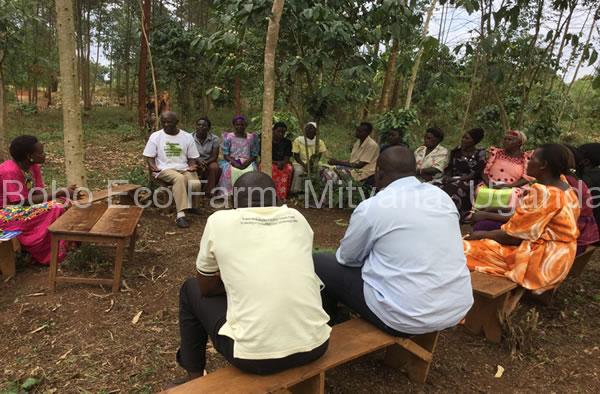 November 2016 was a very busy month as I conducted several meetings in communities near and far away from my base – gathering views on human interaction with insects during the ancient times in our part of the world. The information gathered was to help me as I thought through the strategy to promote the integration of insect rearing in smallholder farmer systems for food and feed security. As the older men and women recounted their stories, my childhood memories flashed back.

Growing up in my village, almost everything had a meaning and a place in the life of the community; rats gave money when a child successfully shade each of their milk teeth; a certain bird ‘Namunye’ brought ‘blessings’ to the household under whose roof it built a nest and lived, and chasing it away would not only mean losing blessings but inviting a curse to that family as well! Insects too had roles. Some were food, and others weather sensors, while other insects (bees) alerted people to expect a visitor within hours or a few days. Some insects (Sigga, Namunyeenye) were believed to announce a looming death in a family! The kind of interaction people had with insects could tell a lot about their ethnicity and identity.

In my village, white ants and grasshoppers were a delicacy! People gained skill and knowledge on how to trap white ants from the wild. They would know the specific month of the year when particular species of white ants (naka, mpawu, mbobya) would come, and the time – day or night; they would even determine that this very day or tomorrow ants will ‘fly’. It nearly always happened as predicted! Others were even said to have special anointing in catching ants. A whole county – Bulemeezi or present day Luwero district became famous for a ‘naka’ type of ants and the people there were named ‘naka eaters’, the name remains up to this day. Some people displayed extra skill by inducing ants to ‘fly’ óff-season’ by hitting the ground with sticks following a certain rhythm (with a specific song) – and this applied to a specific type of ants. I am still yet to understand the scientific basis for this.

Crickets were low key, mainly eaten by children who had wet dreams; we too as children learnt how to trap and roast them. How true the belief that crickets would cure wet dreams is unclear. I interviewed a number of old men and women but none was able to deduce evidence to that effect, yet it was widely believed and practiced during my childhood years. I can even claim to be an expert in hunting from the wild a specific type locally known as ámayenje’. These normally dig a hole in the earth, and we could hear them yapping especially at dusk. We learnt that they like living alone in a hole, and if another entered they would normally fight and in a few moments both would emerge out of the hole – one chasing after the other. As such, real work was to get the first one – involving digging it out of its hole. After capturing the first one, force it down into another cricket’s hole and both would emerge out shortly; capture both, and continue as such – you would get a good catch effortlessly and in a shorter time. Beatles are a delicacy among the fishing community of Ssese Islands as well as among immigrant settlers in Buikwe district. 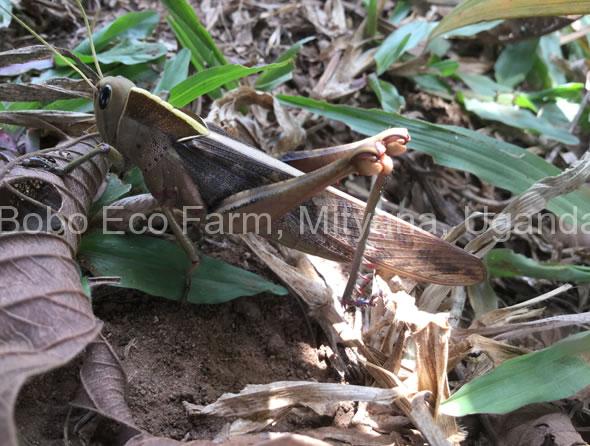 Another interesting insect was locally known as ‘kamwaka’. Its body shape is similar to that of a millipede but it is much smaller. You do not normally see them, but when they would appear we would hear mom say it is announcing a looming drought. I was too young to make sense of the word drought so, I cannot recollect whether the drought actually happened as predicted. I tried to probe for the basis and validity of that assertion but got no reliable results.

During a certain season, the coming of grasshoppers – when they would be characteristically fewer in that particular season was an announcement of the fact that the rainy season was coming to an end or would be short if it happened at the onset of the rains. We would call that rainy season ‘museenene’ – interestingly grasshoppers are also locally known as énseenene’. We would normally concentrate on the fast maturing crops, and for crops that take a bit longer, people would be urged to do so much early in the season to avoid their crops being caught by the dry season before they are ready.

So, insects were food or weather sensors, roles that are particularly important today when farmers are grappling with the effects of climate change. During my meetings with farmers I inquired whether they could form local weather groups – kind of ‘local meteorological’ clusters – that would follow-up these insects, observe, interpret and announce to their fellow farmers the weather forecast – since they say they are unhappy with the national meteorological department for the ‘misleading-information’ at times.

I believe, with such a long tradition of working with nature, farmers should find it easier to re-establish that working relationship again. Conventional sources of food are no-longer viable; our children are unable to obtain the nutrients they need & are thus malnourished – this affects Africa’s human capital. Feeds are scarce and expensive; this accounts for the low productivity and profitability of most intensive livestock production units. With appropriate technology, farmers should be able to integrate in their farming systems insect rearing for food, feeds and extra income. Of course this is not without challenges. With modernity highly embraced in our society which is mainly youthful, the way insects are packaged and presented significantly influences acceptability and consumption. I remember a friend of mine saying that ‘you do not drown by falling in water, you drown by staying there’. Bobo Eco Farm is therefore committed to leading the way out of this trap.