Bobo Eco Farm is working on a project to pilot production of Tenebrio molitor among refugees and host communities in Western Uganda. The project is a partnership between Bobo Eco Farm, the Danish non-profit Impact Designs, the Danish Refugee Council (a leading humanitarian international NGO), and the Ugandan NGOs Yiya Solutions and Mothers Against Malnutrition and Hunger (MAMAH). The project aims to provide the much needed access to nutrition and income for both refugees and host communities in the face of the huge influx of refugees into Uganda and the insufficient food assistance.

This week, the starter colony of Tenebrio molitor was installed at Bobo Eco Farm as partner organizations prepare to introduce the project in the refugee settlements later this year.  This work will also be supported by Dr. Valerie Stull, an expert in edible insect production from the University of Wisconsin-Madison and another researcher from Makerere University.

We’re also introducing mealworm production in schools as a source of proteins given that most rural schools in Uganda have a monotonous meal of maize porridge every day throughout the year which is deficient of proteins.

Alongside the mealworm project, we are also introducing BSFL production as a source of income for the refugee communities. The Bobo Eco Farm team (below) plotting the way forward after installing the starter colony of Tenebrio molitor. 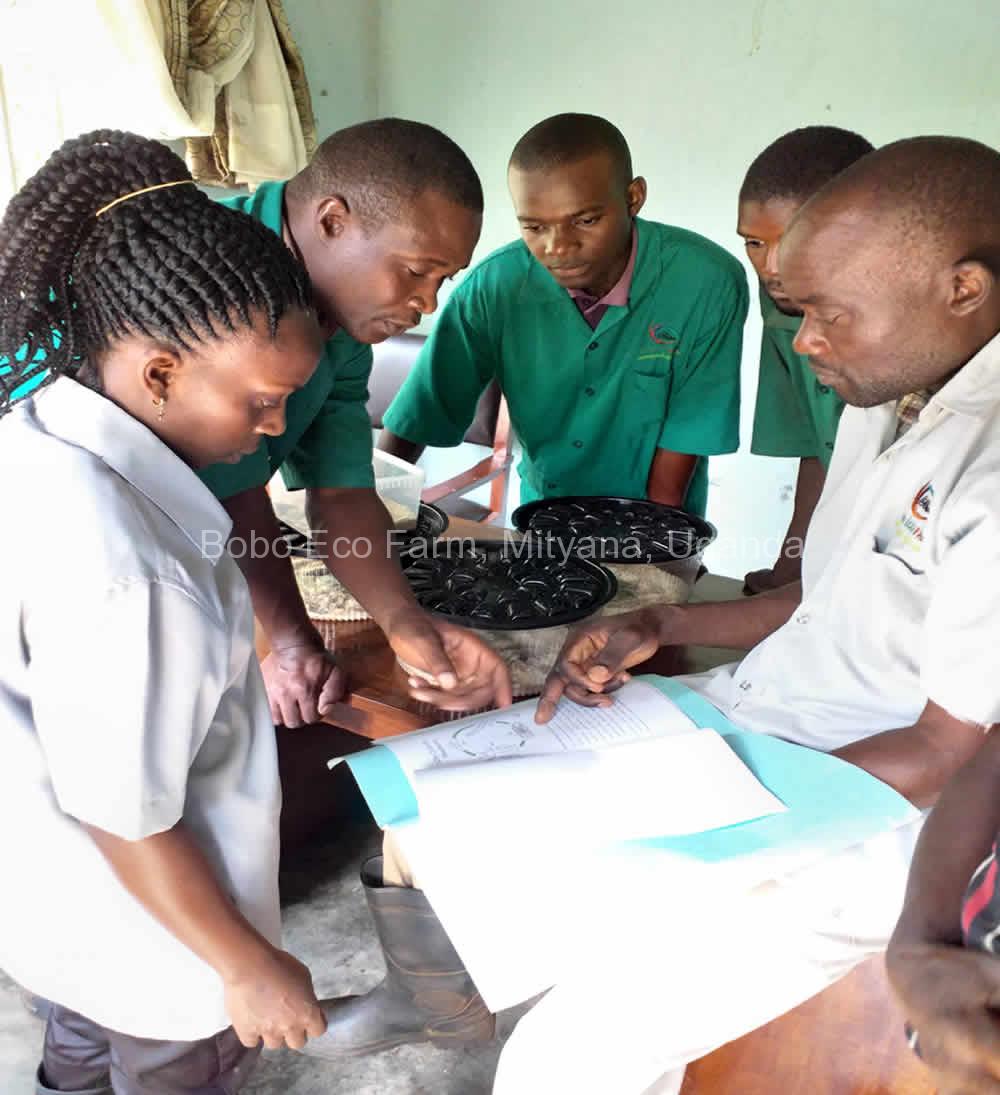 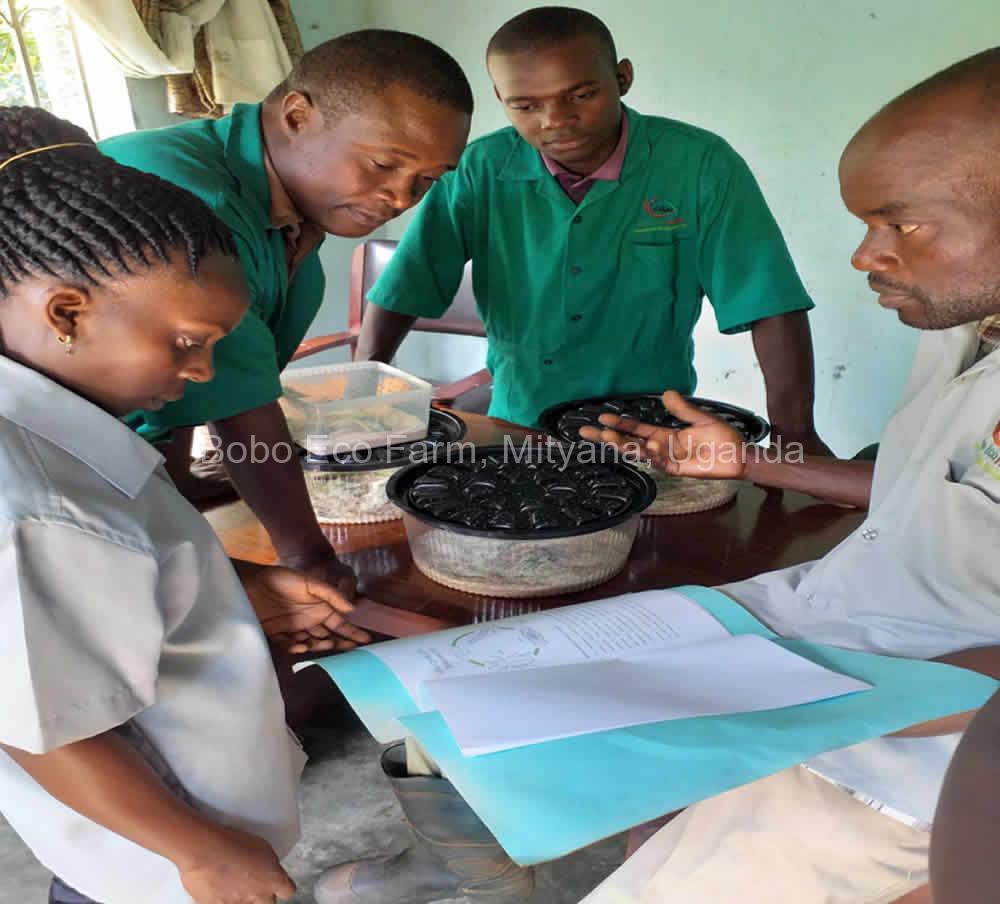 Godfrey – the Farm Manager (on the right) seems to be making an important point as he leads the team through the routine care checklist for Tenebrio molitor.